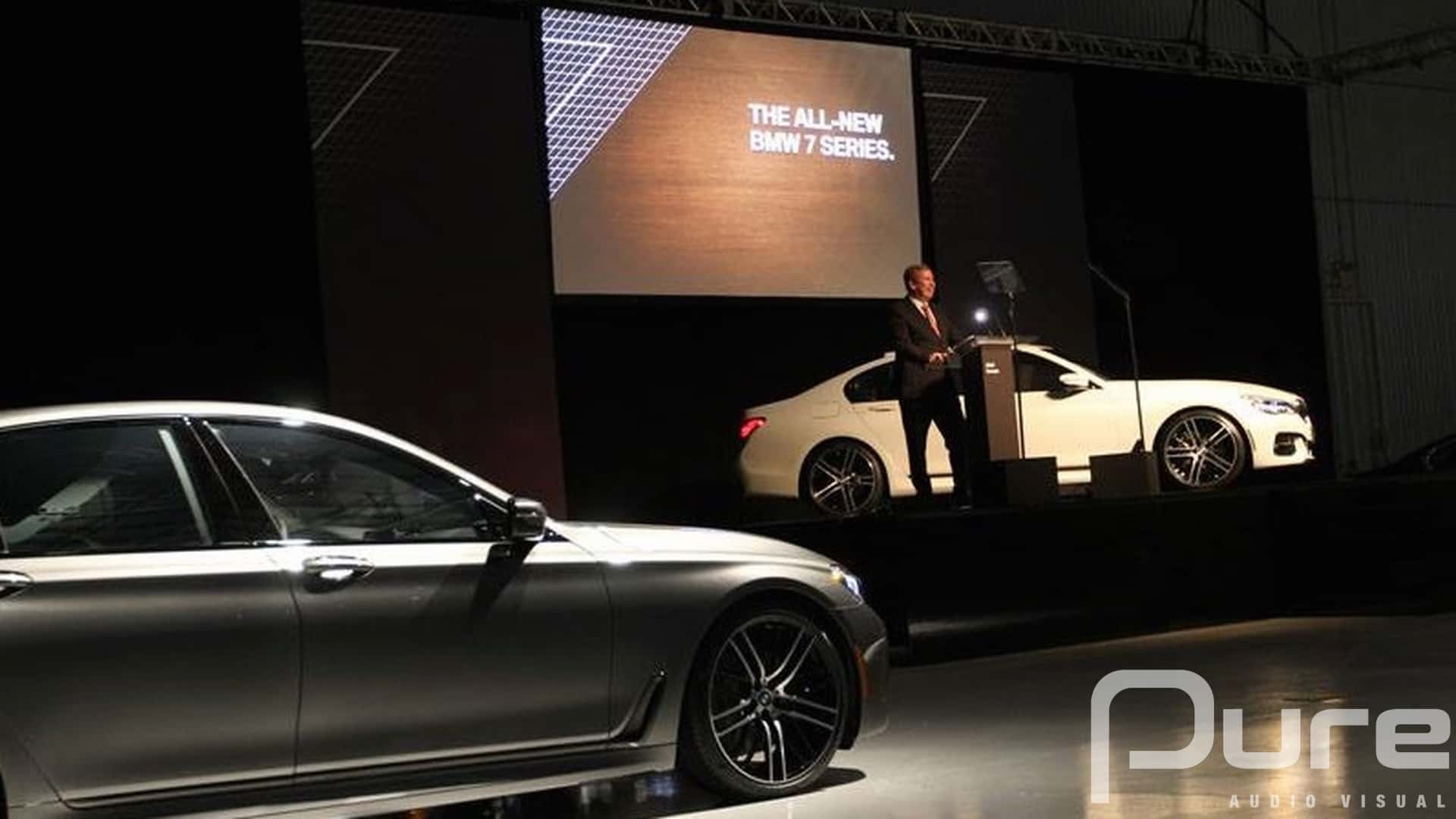 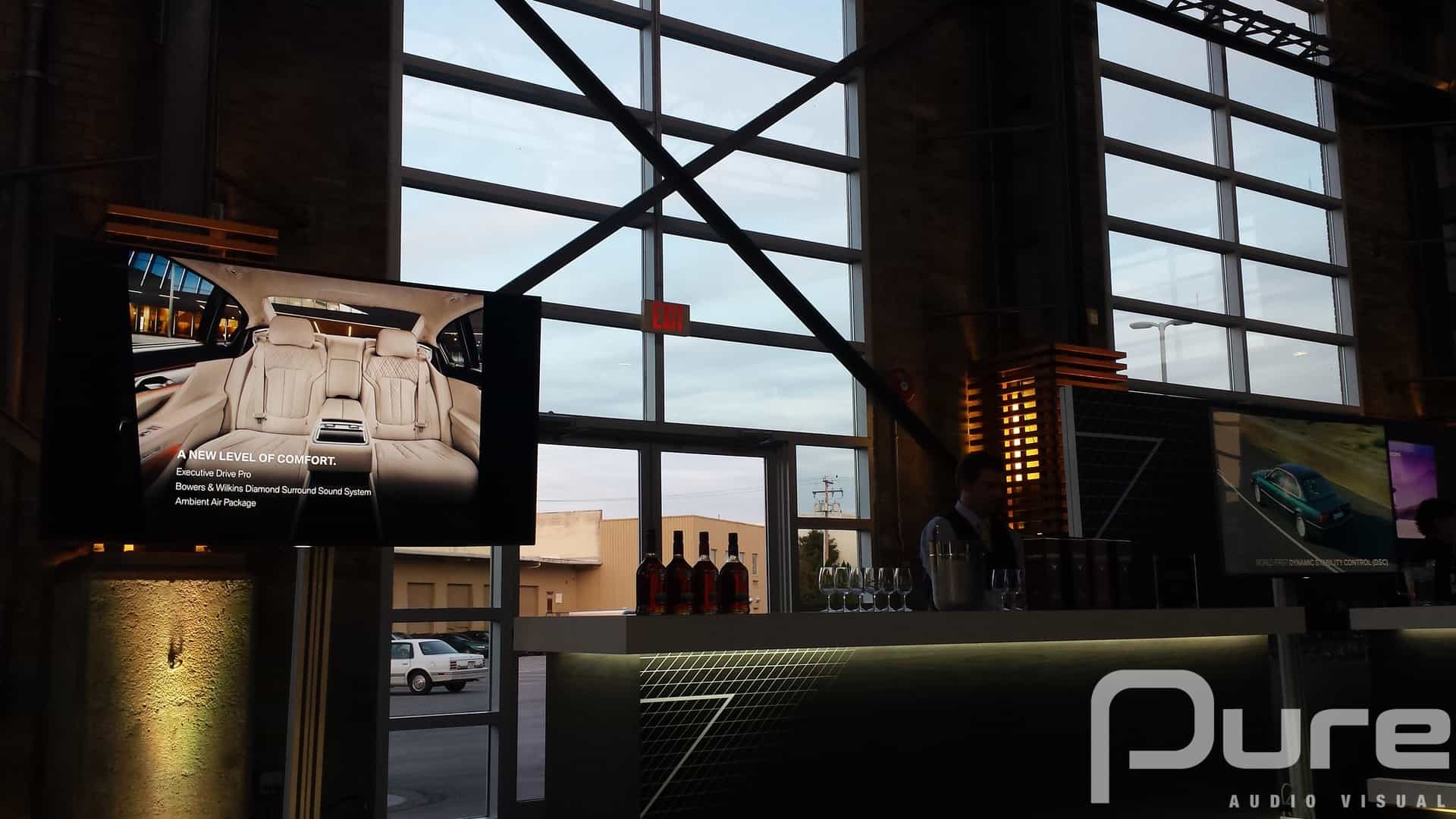 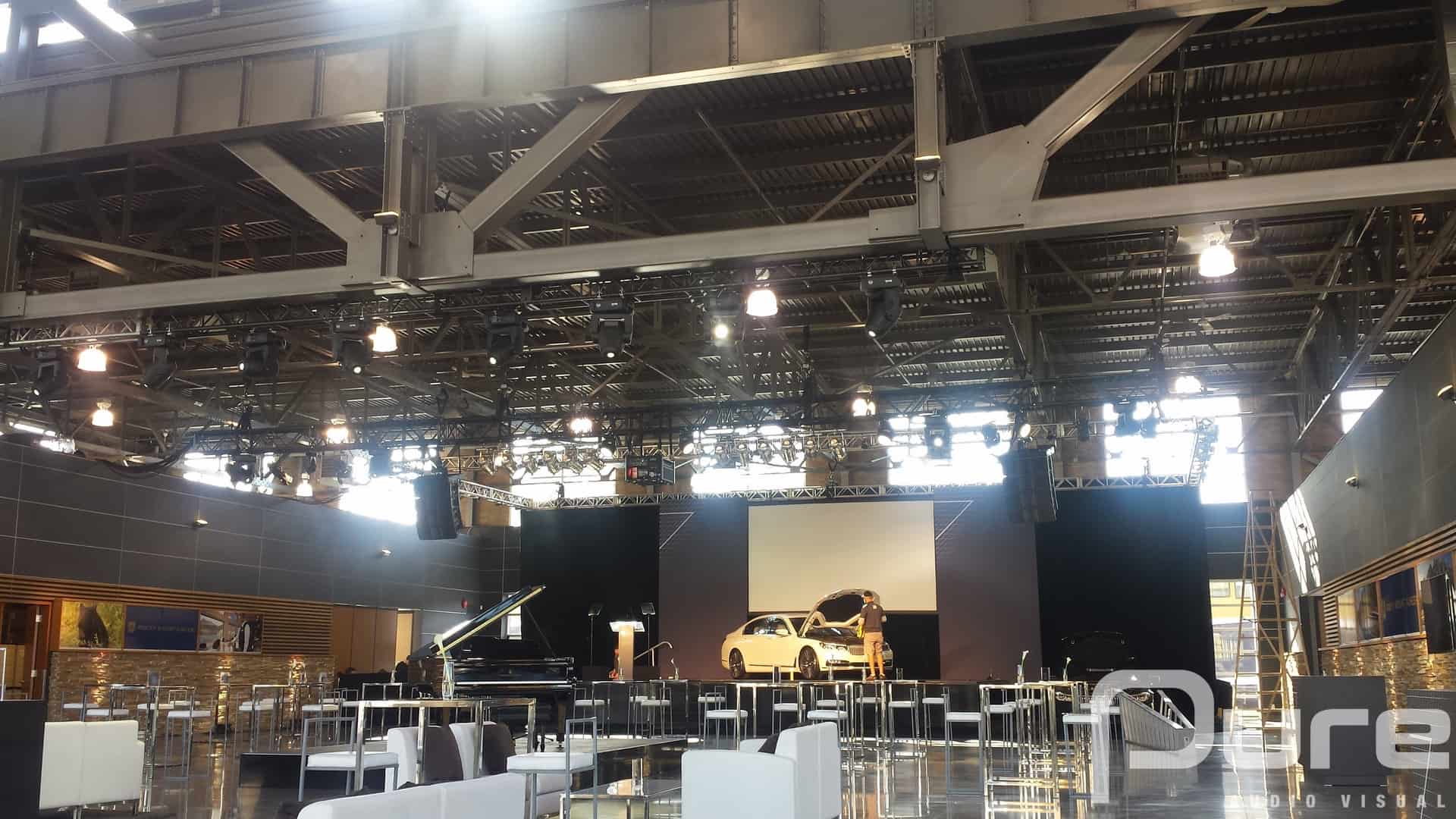 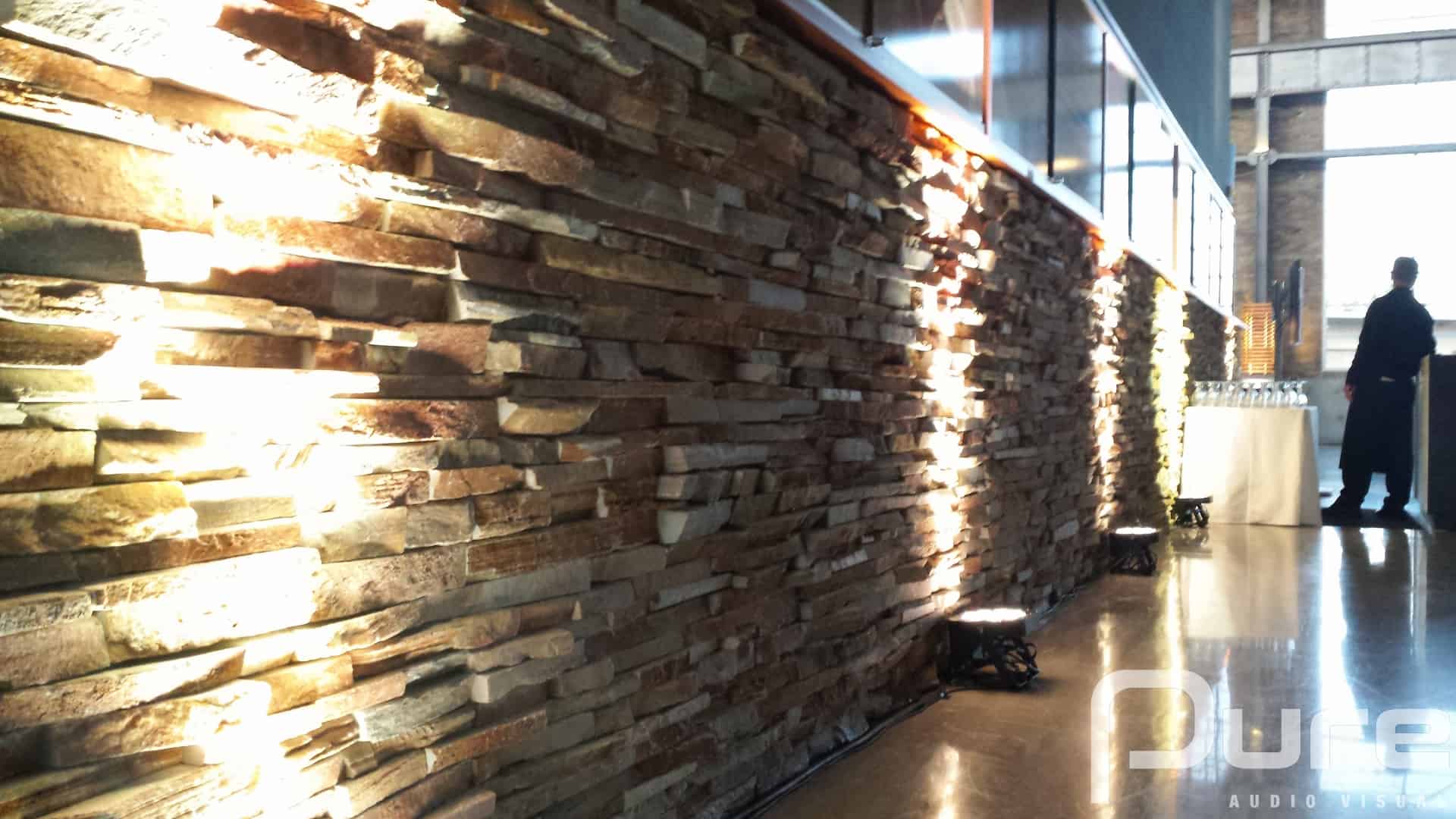 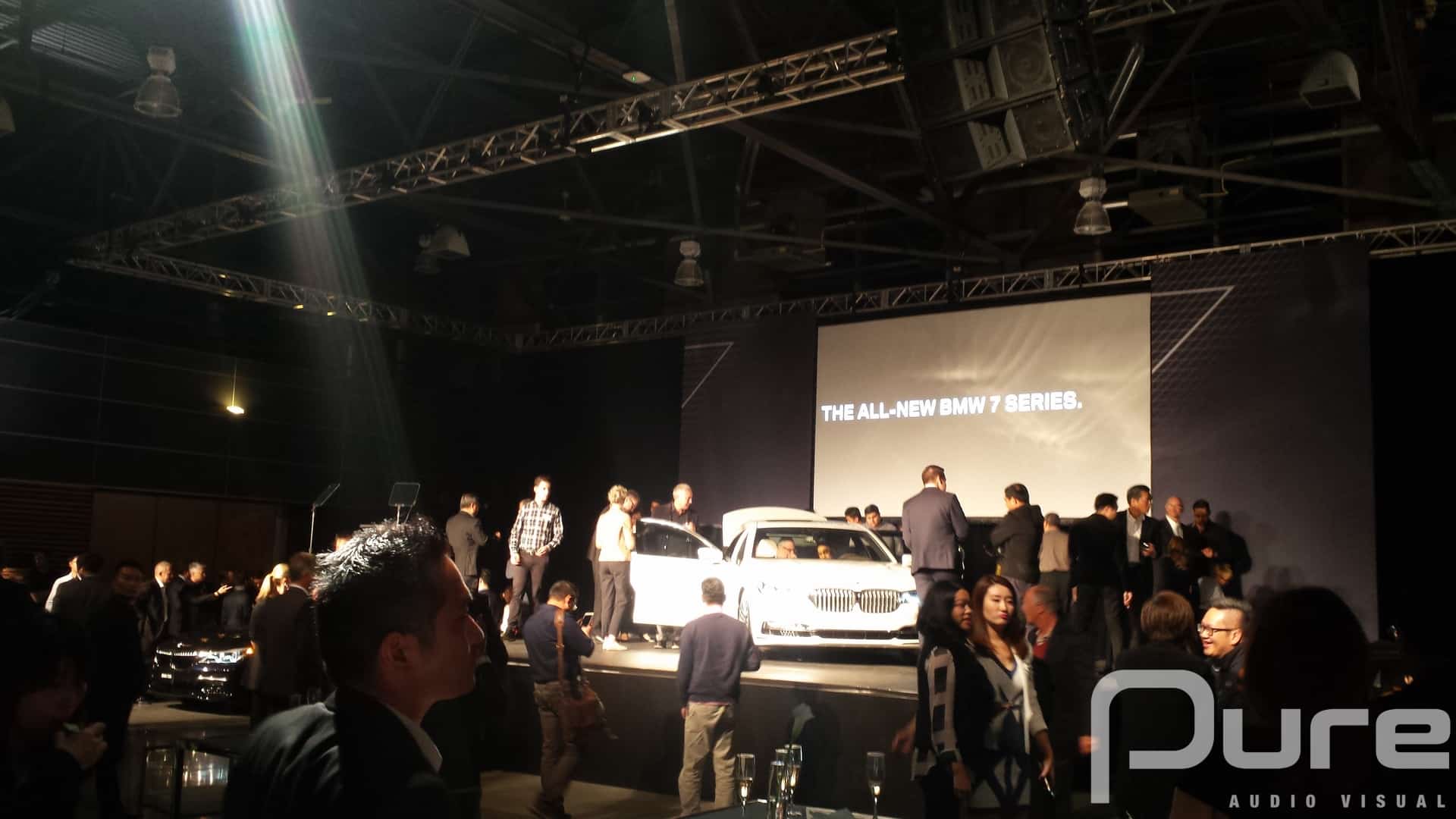 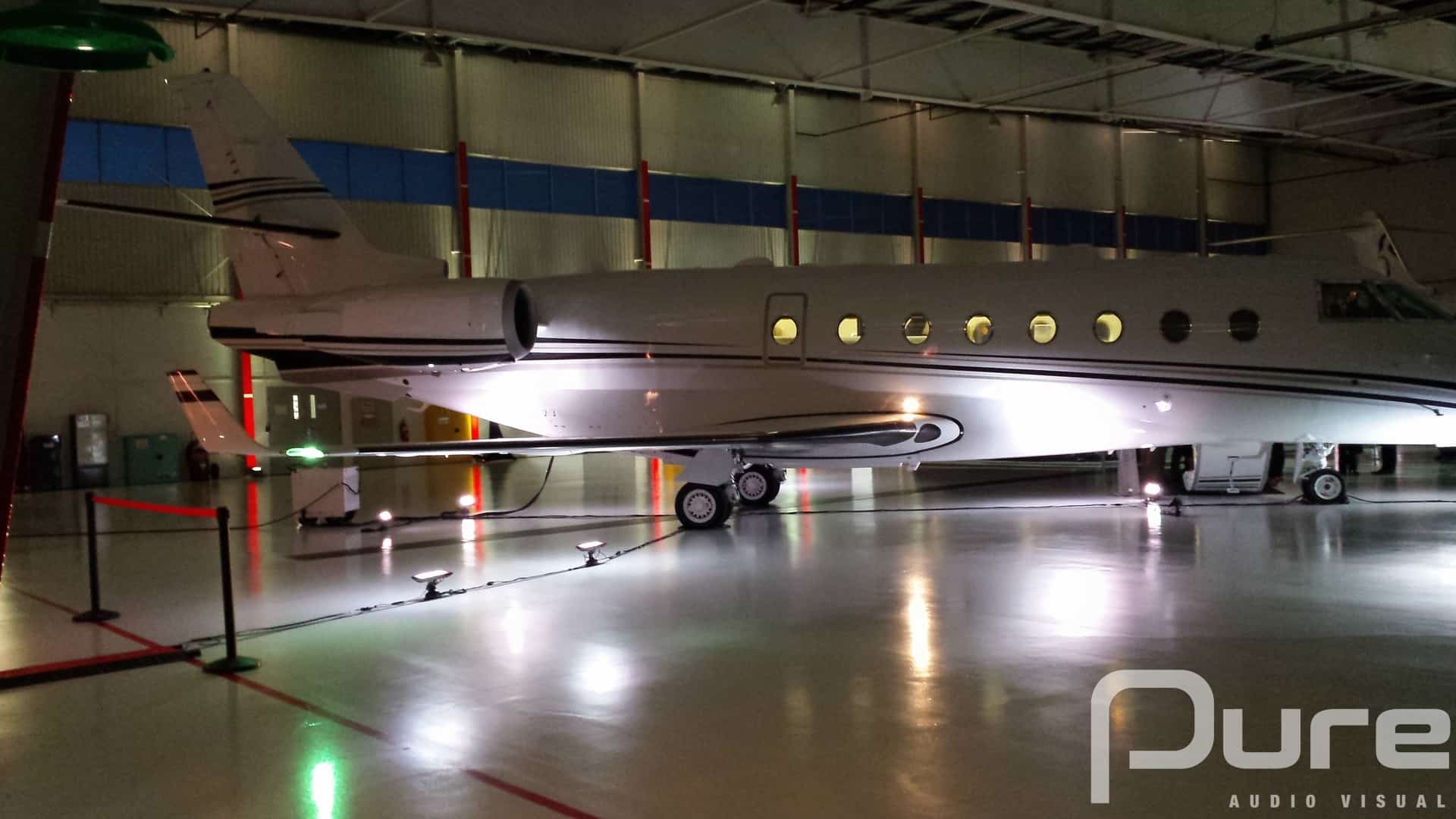 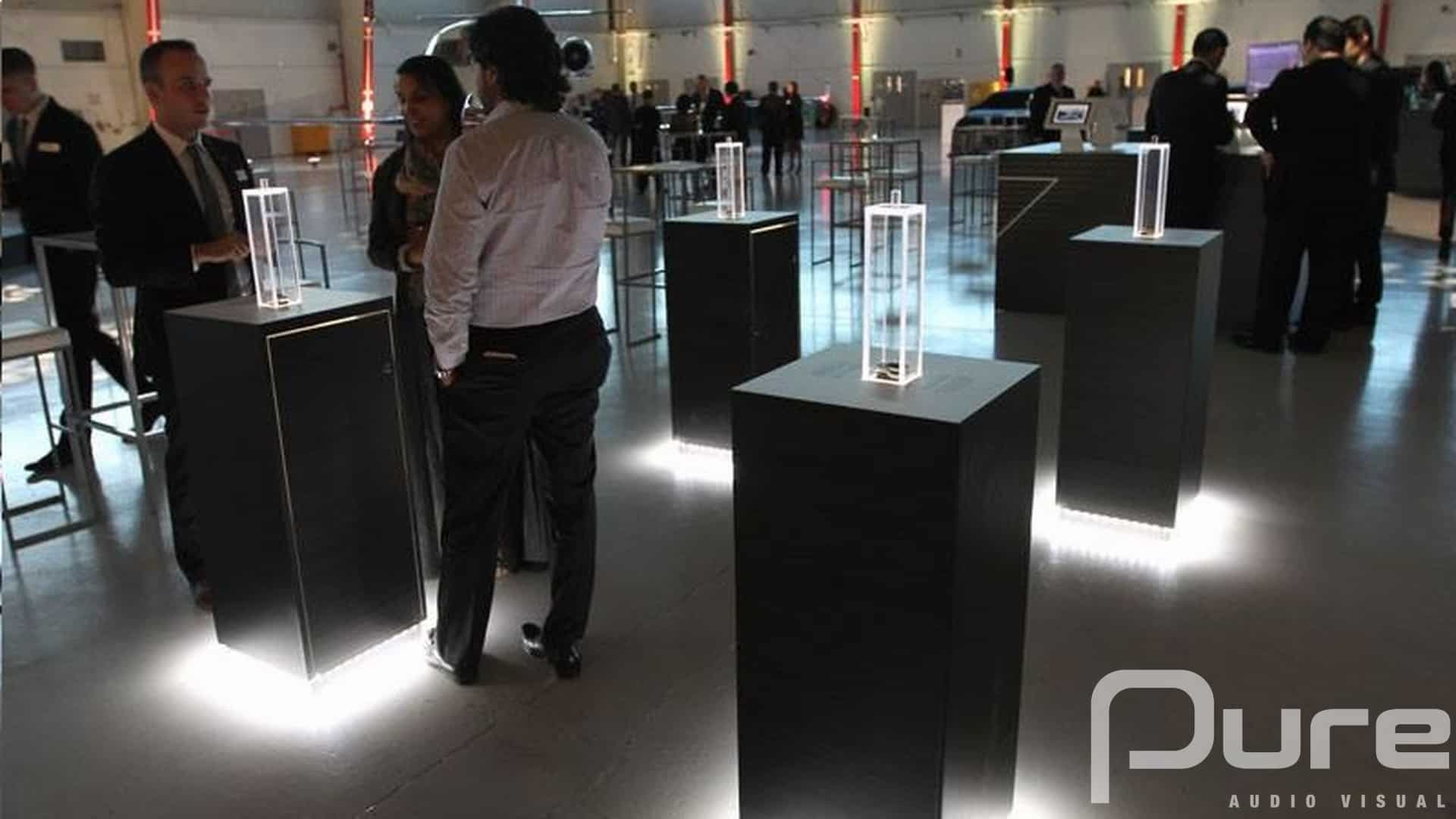 What was the client asking from you when they first called you?

As BMW started developing concepts for a VIP/invite only car launch, they turned to Pure Av for audio visual support. Their goal was to showcase a brand new 7 Series along with a few teleprompt speeches. The main reveal had to include a kabuki drop along with an intricate lighting show. Video wise, the show was not overly complicated. However, the execution had to be on point while the presentation took place. Every word had to relate to a specific slide or video!

The BMW 7 Series is a full-size luxury sedan produced by the German automaker BMW since 1977. The 7 Series hails as the flagship sedan of the BMW lineup. It has been given a total overhaul, which includes fresh stylings that deserved a proper audio visual reveal in 3 major Canadian cities.

The largest audience was in Toronto, as it topped out at 350 guests. The average in Montreal and Vancouver was approximately 250 people. Needless to say it was a rather intimate car launch.

As one of the most recognizable car manufacturers in the world, BMW staff was not looking to overwhelm its VIPs with lots of audio visual goodness. Instead, they were seeking a simpler more elegant look. Lights had to be soft/warm white. Moving heads needed to do a smooth ceiling wash; slow and steady with minimal colour change. Uplights on the walls had to be warm white and perfectly spaced out. All of these are small details that are essential when debuting one of the most reputable car brand’s top tier vehicle. This type of precision separates BMW from its competitors; in the client’s eyes, audio visual precision had to live up to the same standard. We certainly delivered!

Given how specific BMW’s request came in, our gear choices were instantly narrowed down to very specific gear to get this job done. Quick summary of how you put together the show at the venue/space given. The biggest challenge was definitely rigging and spacing. Airplane and train hangars serve their purpose, however, we were coming into three drastically different venues that were not meant for audio visual production. Another big challenge was lighting because the in house fluorescent fixtures were too bright for an intimate environment. As a result, we had to develop lighting sequences/ceiling wash patterns that would create an intimate atmosphere, without any dark areas.

As mentioned, every venue is different which means on site changes have to happen upon arrival. We travelled with top notch riggers to ensure the safety of all the guests. Moreover, we were improvising with different “bridal” options to keep our stage and car reveal centered to the venue. There is an art to this type of work and our riggers certainly mastered it!

Our goal was to create a lighting environment that put focus on the cars and their smallest details while at the same time creating an inviting feeling . After the presentation, VIP clients got to go on stage and try all the 7 series’ new features. Definitely a nice treat for those in attendance.