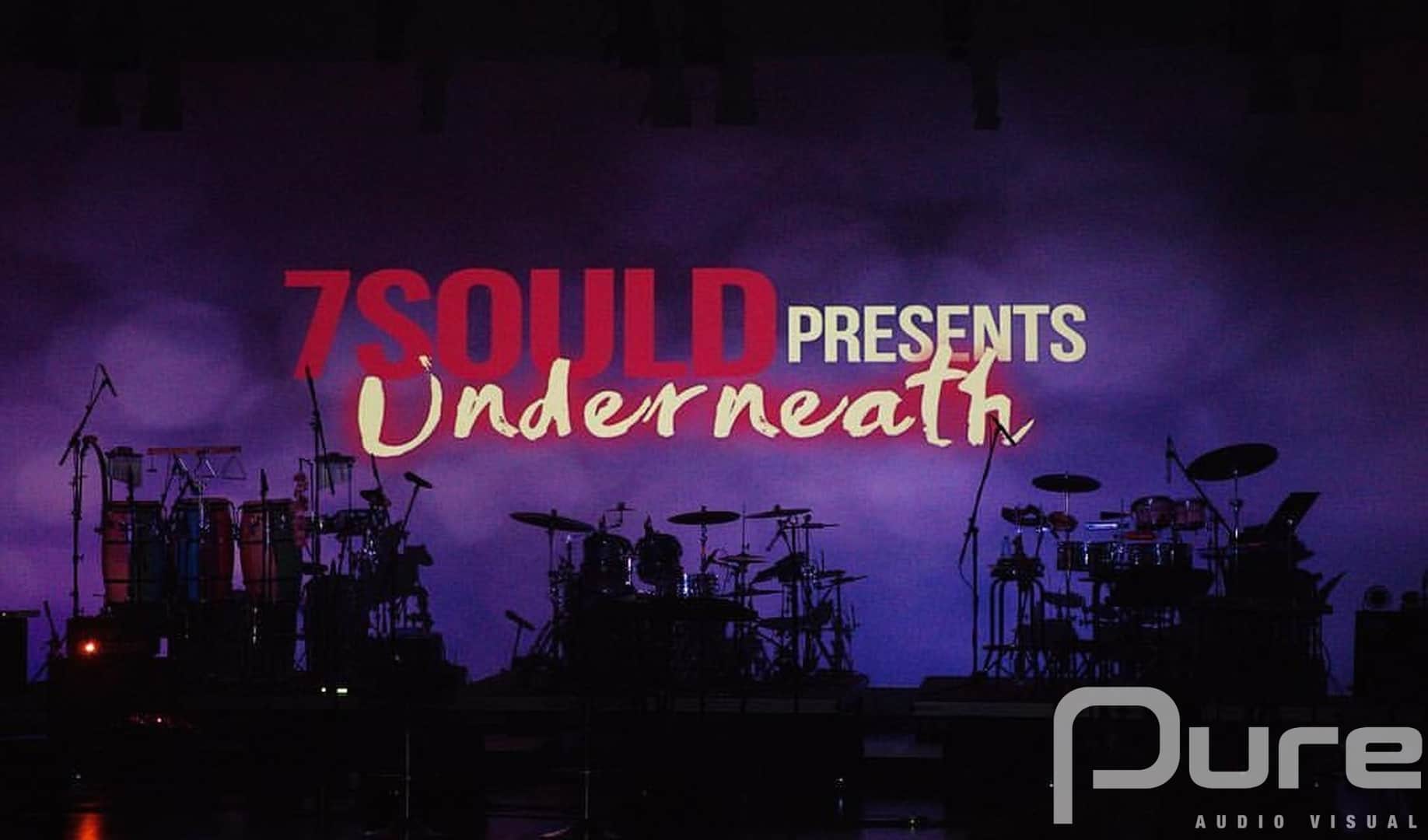 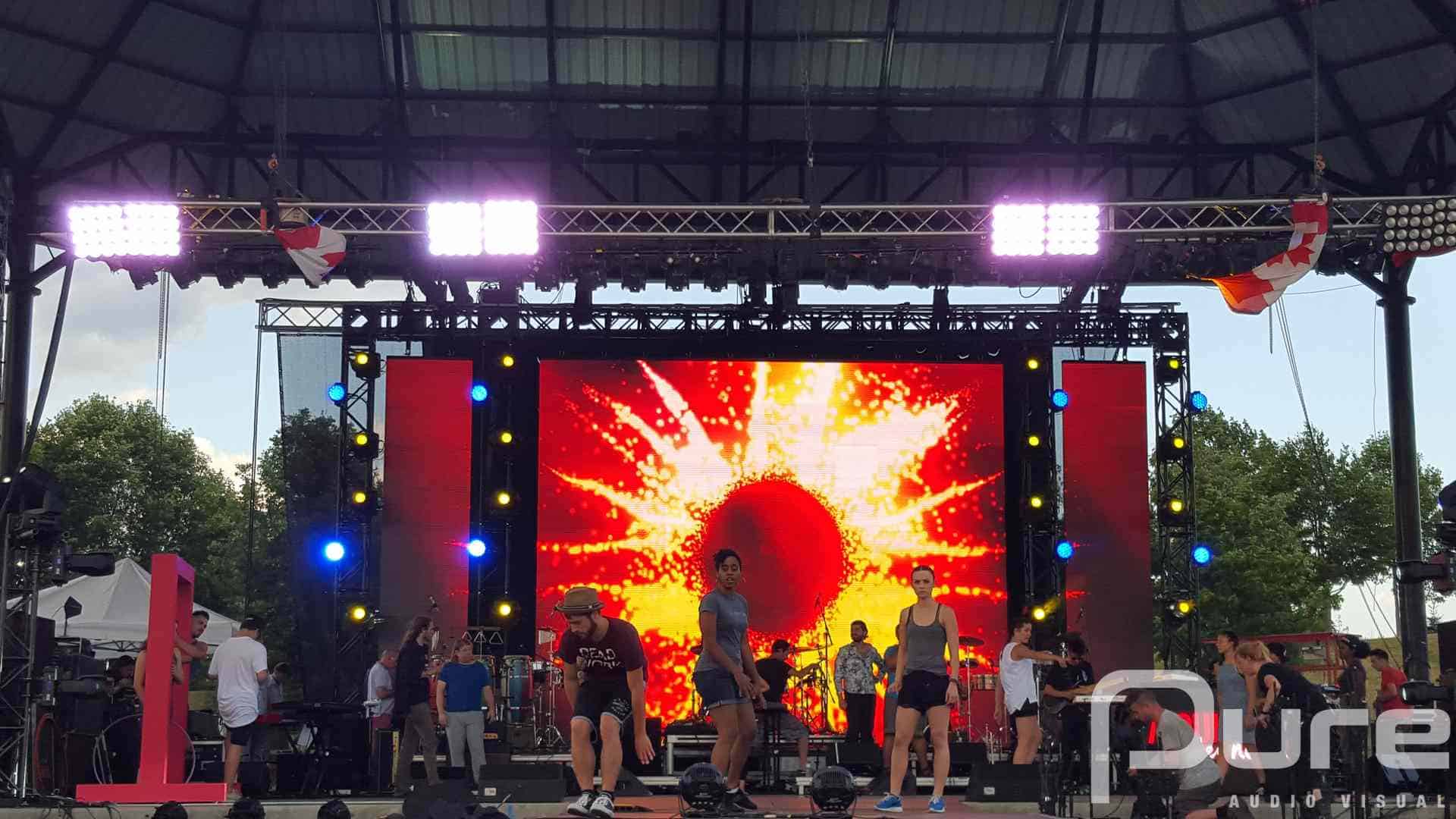 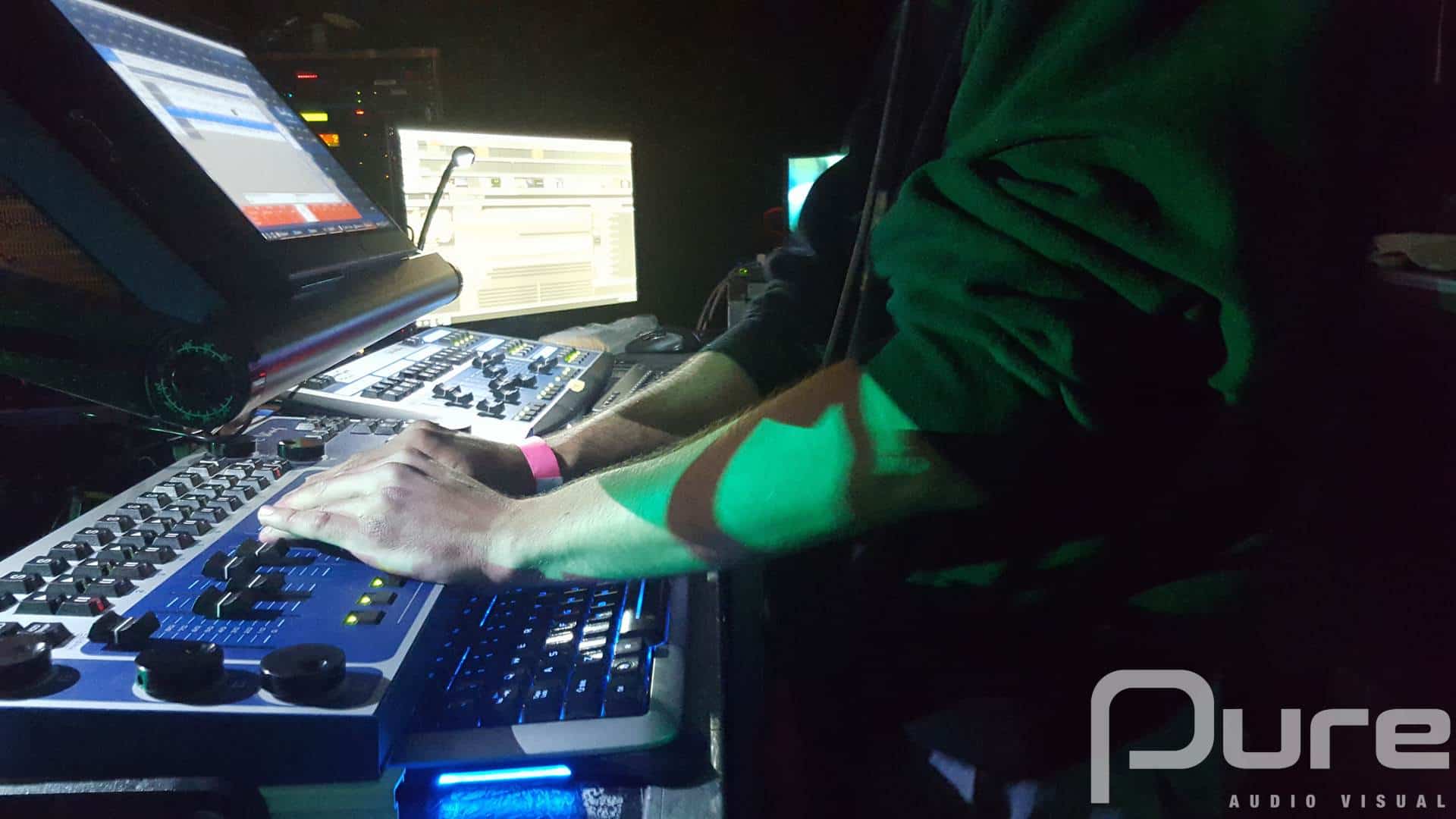 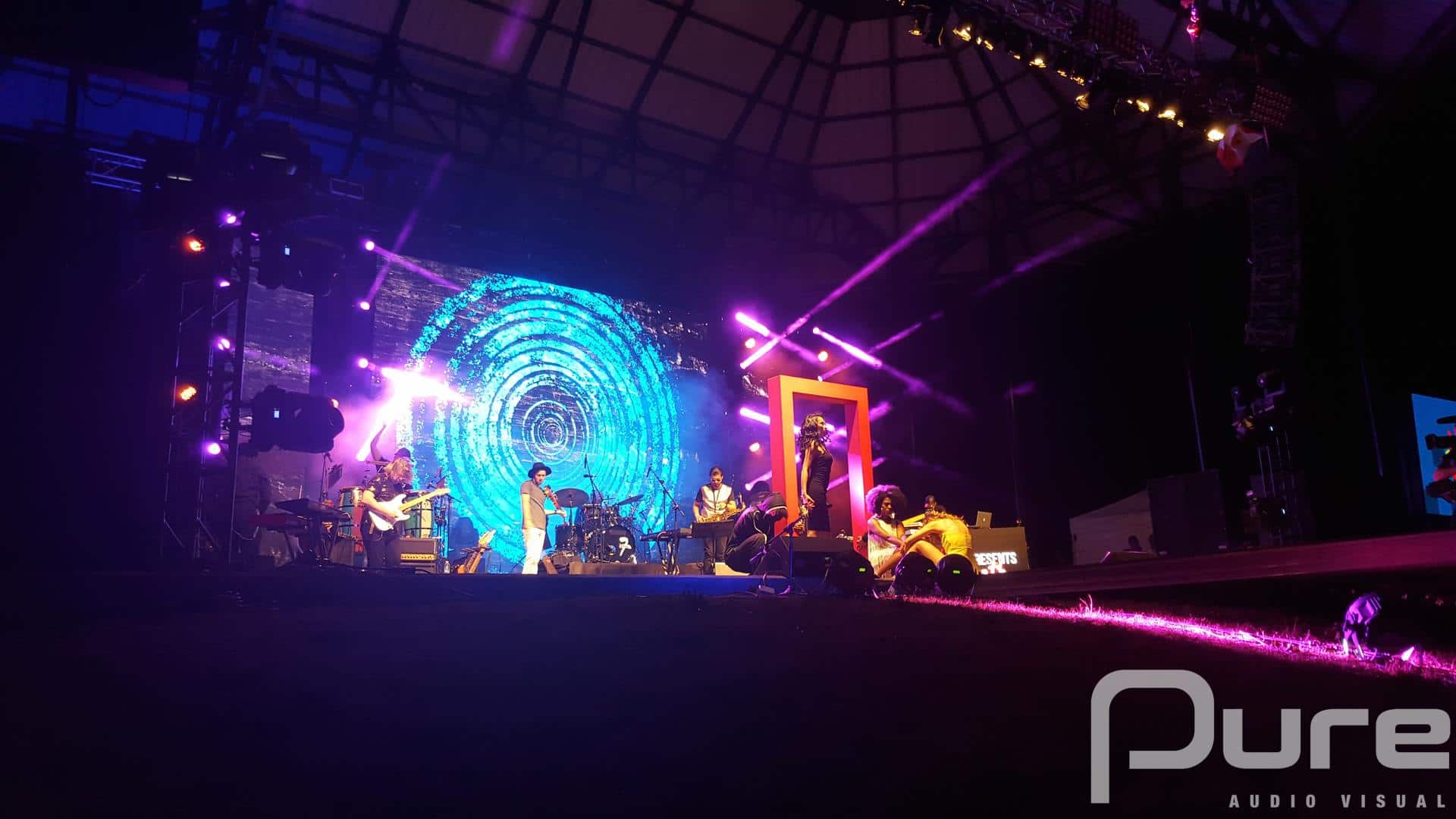 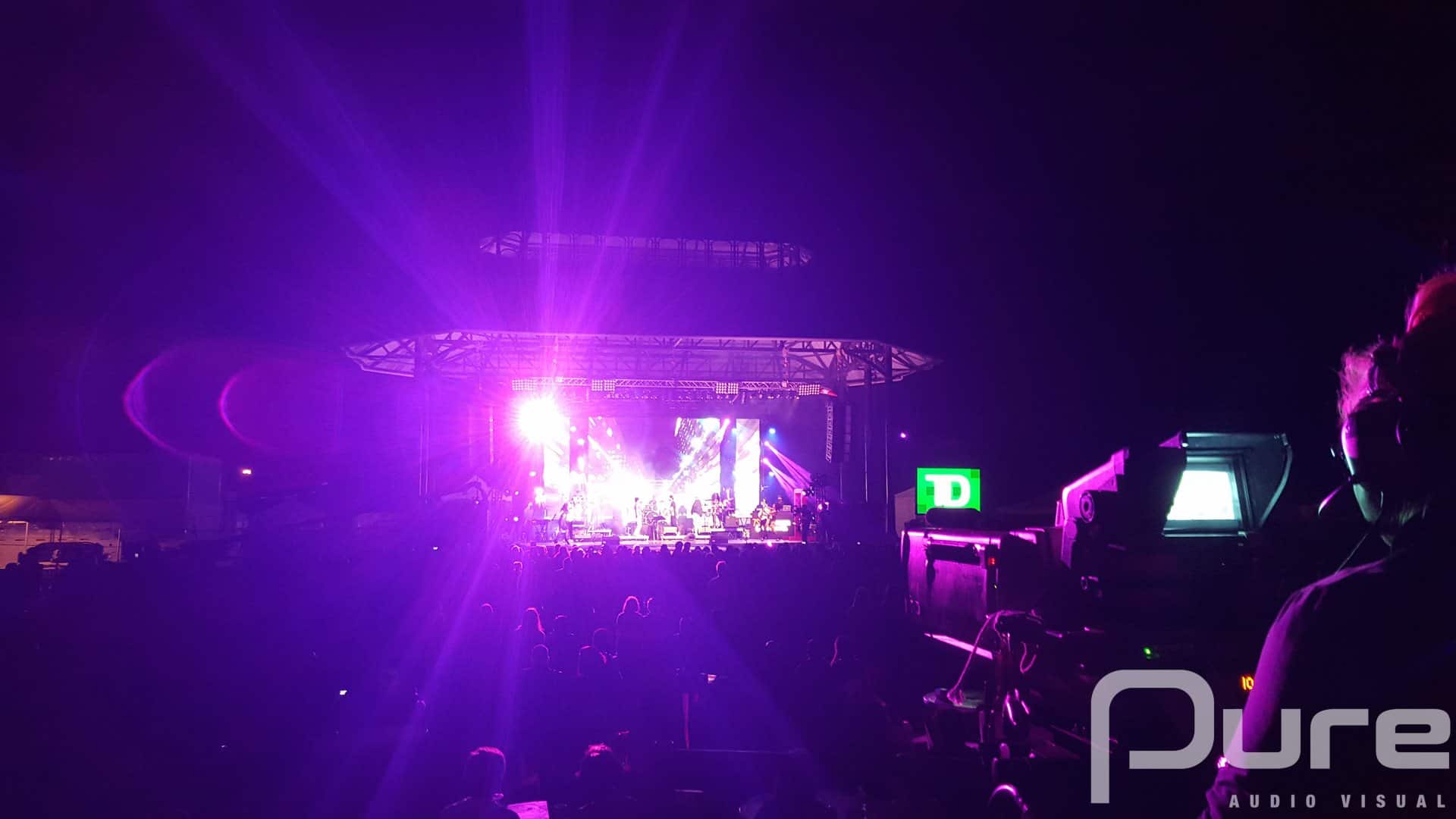 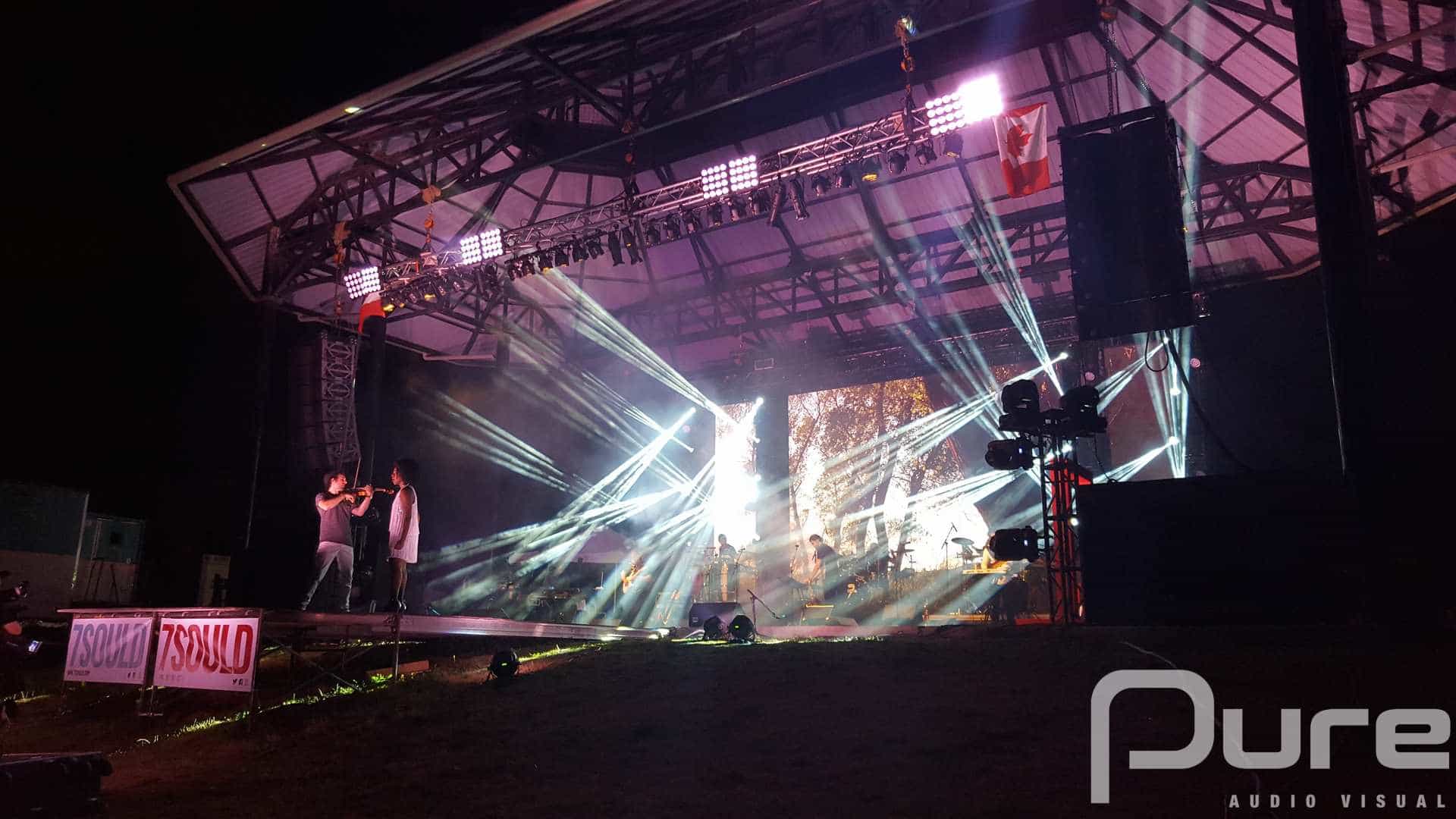 For this outdoor event at Woodbine Park, audience ranged from a few hundreds early on, into thousands as the night progressed. The crowd started gathering as early as 4pm for a 7pm start time. Needless to say it was worth their wait.

Simply put, 7Sould and the Jazz Festival wanted to blow their fans away by putting on a top notch audio visual production with a massive LED video wall and amazing light show. Since this was a rehearsed show, some aspects of the performance required specific time-coded integration and live video feed. Pure AV was responsible for delivering this perfect visual experience and we did exactly that!

Given that the client is heavily involved in the entertainment industry, they were very familiar with audio visual gears and the look they were going for. In this instance, our job was to streamline their thought process and provide gear options that would fulfill a preferred stage design. This may be outside of the norm, but at Pure AV we have no problem working closely with any client, even if they already have preconceived ideas of what they want to see from the AV production company.

Quick summary of how you put together the show at the venue/space given.

This show took over a few months because the rehearsals began to dictate the type of gear each act would require. It definitely required our lighting and video leads to work very closely with the client and ensure that all the changes were noted and executed on site. Once we settled on a package, only after that we started developing a rigging/structural plan to uphold this huge LED wall with all the lighting fixtures. On location, it was all about execution since the planning was so meticulous and precise. We can confidently say that the show went off without a hitch.

After long discussions with the City of Toronto, we came to the conclusion that the Wood Park stage posed a rigging challenge. Since there was no rigging schematic, nor any type of weight specification, we were forced to build outriggers and uprights to hold the LED wall/lighting setup in place, while taking most of the weight off the structure. This approach provided a piece of mind knowing that the LED wall would be supported by 16″ truss from the ground up.

Audience engagement was as lively and enthusiastic as any event we have ever done. It was that of a play and a concert combined into one. As mentioned above, 7Sould encompasses theatre style choreography with performances of a concert. The crowd was so mesmerized, they did not leave until the very last song. Our techs made sure that the gear we used and the lighting looks/video content played only enhanced the show, rather than overpower and take away the attention from the actual performance.